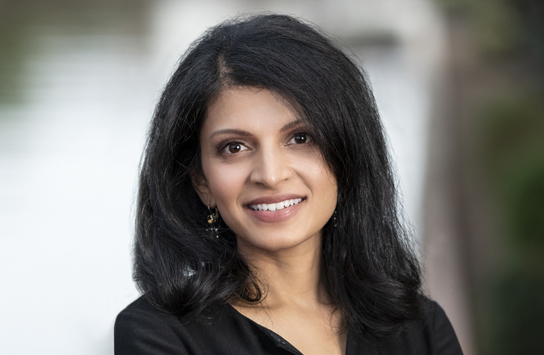 There is a familiar name behind the deals, but it’s a new company that’s making them. SLM Land Holdings is a new venture between three women that is entering the land investment world in Maricopa County and beyond. SLM brings extensive market knowledge and puts land investment opportunities within reach for small investors who are getting priced out of prime parcels as land values rise.

“Based on my experience in the land business, several friends and family members have approached me over the years about wanting to invest in land. Quite often they don’t know how to go about identifying the right land parcels, since they don’t have much knowledge or experience investing in land,” said one of SLM’s founding partners, Anita Verma-Lallian. “As land prices rise for a smaller investor, the type of property that the smaller investor would be able to buy, let’s say for $100,000, is going to be fairly limited and not necessarily in the best location. What our group offers is access to high-end properties which are in strategic locations, that would be unavailable to a smaller investor individually.”

SLM Land Holdings was formed by Eileen Jain Sahai, an attorney, Smita Patil Mehta, a physician, and Verma-Lallian, who gained extensive training and experience while working with Vermaland, one of the largest land holding companies in Arizona. The venture is an opportunity for Verma-Lallian to combine forces with two close friends and branch out with their own company, unaffiliated with Vermaland.

The first property that SLM Land Holdings secured was a 120-acre parcel along Interstate 10, just east of Tonopah. The land, which cost $1.54 million, sits in an Opportunity Zone, which is an attractive incentive for developers when they get around to building on the land.

“This particular piece is touching Belmont on one side, sits in an Opportunity Zone, and (the proposed) Interstate 11 is going to be in close proximity. This land had several attractive features,” Verma-Lallian said. “We are very excited that billions of dollars will be poured into these opportunity zones nationwide, so we anticipate there is going to be a lot of development in these areas over the next ten years.”

SLM is working on closing a second land purchase in Tonopah, and is in the early stages of securing a third property in Pinal County.

“We’ve had a lot of fun doing this, so we’re going to keep going,” Mehta said. “Our investors are excited about this.”

While Verma-Lallian brings the land investment background, Sahai works closely with corporate counsel to finalize each Offering, and Mehta works to attract investors. SLM has a unique investment strategy, bringing together funds from multiple smaller investors and purchasing land. The first purchase by SLM had investors on a wait list to be a part of that transaction, and Verma-Lallian said the pending second purchase was also quickly sold out.

“On our first purchase, we met with investors and literally after two days we were sold out and we had a wait list,” Mehta said. “We were also able to close early. We have quite a bit of funding lined up and we’re able to move quickly, unlike a lot of groups. We identify the land, negotiate it, and put it in escrow. We offer a concierge service so our clients can invest without worrying about anything.”

While Verma-Lallian is intimately familiar with the land investment process, she was quick to stress to her partners and investors that it’s different than other real estate investing.

“Everyone has to go into this knowing that to realize maximum appreciation, these deals can be a 10-15 year hold,” Verma-Lallian said. “Since we are buying undeveloped land, we can acquire it at a low price, however, as the areas develop, that’s when major appreciation will take place. Ten to 15 years ago, Buckeye was similar to Tonopah, now it’s the fastest growing city in the nation. Land about 12 miles east of our first site is selling now for an average of 30 times what we paid for ours.”

“It’s exciting to work with people coming from different backgrounds and getting different perspectives on how to do things.”