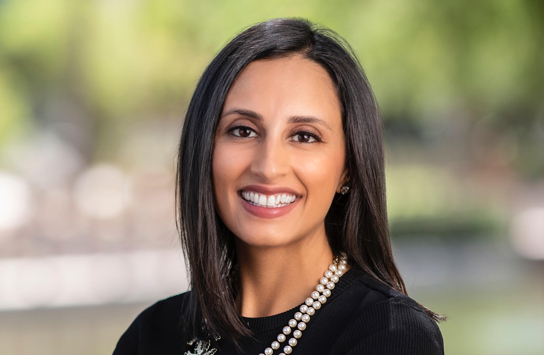 A massive land purchase of nearly 25,000 acres by Microsoft founder Bill Gates last year has helped put the West Valley on the map for foreign investment.

“In the last five to six months we have been getting a lot of interest from foreign investors,” said Anita Verma-Lallian, marketing director for Vermaland LLC, a family-owned real estate business. “Phoenix is getting itself on the global platform.”

Vermaland has 640 acres of land in escrow with a group of foreign investors, most of whom are from China. Verma-Lallian said the investors are most likely looking to hold the land as an investment and wait for values to increase before selling to groups looking to develop in the area.

“Everyone wants to be as close to Belmont as possible,” Verma-Lallian said of the company’s clients. “They all want to be as near to the smart city as they can be.” Belmont is the area west of Phoenix where Gates bought land.

Verma-Lallian recently traveled to China to speak with potential investors about the benefits of buying land in Phoenix.

“Our main goal was to go there and educate people about Phoenix,” she said. “We wanted people to know Phoenix is open to foreign investment.”

Details of Gates’ plans for the land in Belmont have been sparse since the purchase was reported. Gates’ Mt. Lemmon Holdings acquired a majority interest in the land off of Interstate 10.

At the time, it was reported Gates was interested in helping develop a “smart city” focused on autonomous cars, solar energy and high-tech homes.

“It immediately jumped up,” Verma-Lallian said of land values after Gates’ purchase. Now, land in the area costs between $15,000 and $20,000 per acre depending on the characteristics of the property.

“Aside from the smart city, Phoenix in general is growing to the west,” Verma-Lallian said, noting Buckeye was recently named the fifth-fastest growing city in the country. “The area will go up in value regardless.”

Many of the international groups Verma-Lallian and her group met with are interested in trying something new, like building with an eco-friendly focus or other high-tech ideas.

“Tonopah is virtually a blank canvas,” she said.

In September, Microsoft spent $48 million on 272 acres of land in Goodyear on the southwest corner of Maricopa County 85 and Lower Buckeye Road in the Goodyear AirPark.